Muslim Ban 3.0 in Effect: What You Need to Know

As of December 4, 2017, the U.S. Supreme Court has granted the Trump administration's request to temporarily allow Muslim Ban 3.0 to take effect while the case is being litigated. This means there is nothing preventing the immediate implementation of the Muslim Ban.

On June 26, 2018, the U.S. Supreme Court upheld the travel ban, deciding that the president does have the authority to limit who comes into the country. However, the justices did distance themselves from the anti-Muslim rhetoric that was used as evidence in the argument against the ban.

"Plaintiffs argue that this President's words strike at fundamental standards of respect and tolerance, in violation of our constitutional tradition. But the issue before us is not whether to denounce the statements. It is instead the significance of those statements in reviewing a Presidential directive, neutral on its face, addressing a matter within the core of executive responsibility. In doing so, we must consider not only the statements of a particular President, but also the authority of the Presidency itself." -- Justice Roberts

The ACLU of Alabama is committed to fighting -- in the courts, in Congress, and in the streets -- for freedom, equality, and for those who are unfairly being separated from their loved ones. To Muslims in the United States, to those who are being kept apart by the ban, and to everyone who cherishes religious equality, we stand with you.

Who Will Be Impacted?

Muslim Ban 3.0 only applies to individuals from one of seven countries (Iran, Libya, North Korea, Somalia, Syria, Venezuela, and Yemen) who meet all of the following:

It does NOT apply to any of the following individuals:

Unlike past decisions, this decision does NOT allow for an exception for "Bona Fide Relationships" (i.e., close family ties such as a parent, spouse, child, sibling).

A “waiver” is permission to obtain a U.S. visa, even though the Muslim Ban says you are not eligible to get one. Muslim Ban 3.0 states that banned individuals can ask for a waiver to request an exception that would allow the visa to be issued as long as they can show that:

The law states that a consular officer or Customs and Border Protection official has the authority to grant a waiver on a case-by-case-basis. The law also lists several examples where a waiver can be granted (such as needing urgent medical care, reuniting with immediate family members in the U.S., business ties etc.).

There is no formal process to request a waiver. There is no available form online to fill out. Any documents submitted to the consulate outlining why you qualify for a waiver may or may not be accepted.

Many consulates have been notifying individuals that either:

If you have an upcoming interview before a consulate please seek legal advice about the waiver process.

As of May 15, 2018, 655 waivers have been confirmed to have been granted since the Ban went into effect. At this point it is very unclear how these cases will be processed and what the next step is until the government issues more guidance. Information around waivers can change very quickly, so seek legal help (while watching out for scams) and please check back frequently.

How to Get Legal Help

If you or someone you know is impacted by this Muslim Ban, or would like to request a "Know Your Rights" presentation, please contact one of these organizations. 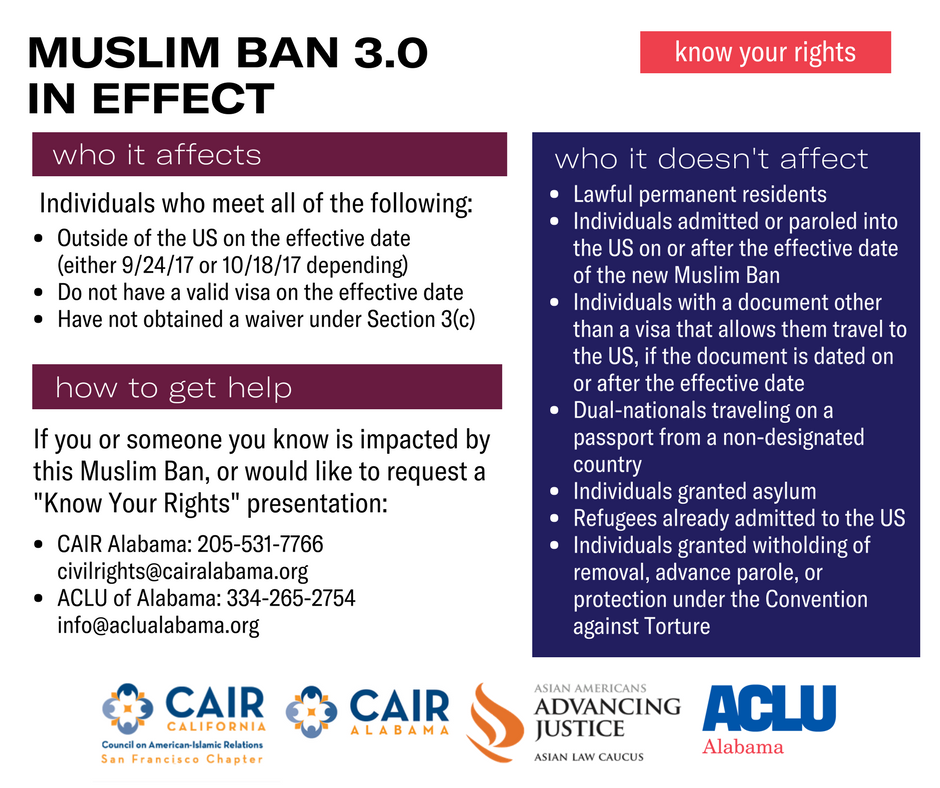 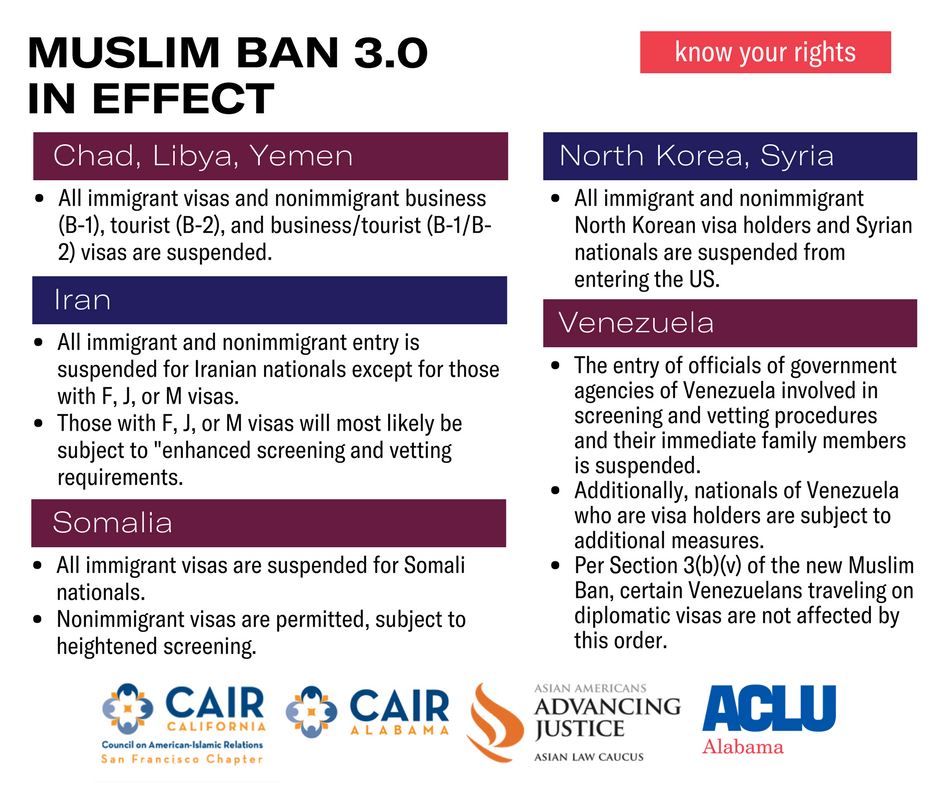 KYR: If Asked about Immigration Status

How to Start a Banned Book Club