ACLU of Alabama responds to use of misleading term

Recently the Alabama Daily News published a story about parole with a misleading headline that stated, “State data shows more violent inmates receive parole.” It’s true that Alabama parole rates have increased in recent years, but not necessarily because more violent people are getting out of prison early.

Let’s address the term “violent inmate.” The implication is this person is actively dangerous, guilty of causing physical harm and likely to hurt someone again. None of this is necessarily true.

That’s because Alabama defines whether a person is violent based exclusively on the crime of conviction, and it doesn’t require that the crime result in physical harm to a victim. Some property and drug offenses are labeled violent in Alabama. In fact, 51 different crimes are on Alabama’s list, including burglary, extortion and drug trafficking. In the FBI’s crime reporting program, violent crimes consist of only four offenses.

Alabama lawmakers made these definitions with voters in mind. A “tough on crime” mindset has always played well for politicians in the Deep South. However, times have changed. A poll of Alabama voters in September 2018 revealed that 79 percent of respondents preferred political candidates who support criminal justice reform.

The term “violent offender” has nothing to do with the individual, the facts of the crime or how the person might have grown and changed in prison. It is a purely political term that is subject to change. The definition varies across all 50 states and the federal government and labeling a person as violent or nonviolent ignores the reality that people are more than their crimes.

By Alabama’s standards, Geneva Cooley is a “violent inmate.” She’s also a 72-year-old grandmother, once sentenced to life without parole for a single drug offense. A Jefferson County judge agreed to reduce her sentence after a team of attorneys from the University of Alabama’s Law School argued her sentence was wildly disproportionate for the crime.

Ms. Cooley was convicted of drug trafficking, which in Alabama, is considered a class A, violent offense. Her worst deed was carrying a sock full of heroin for a drug dealer in order to make a few hundred dollars to support her own drug addiction.

In reality, Ms. Cooley was no drug kingpin. She never physically hurt anyone else. Thankfully, Alabama’s Board of Pardons and Paroles recently granted parole to Ms. Cooley, who plans to return to her home state of New York to be near her kids and grandkids. Alabama politicians and misleading headlines try to scare us into thinking we must continue failed, tough-on-crime policies, but what they leave out is that many “violent inmates” are people like Ms. Cooley.

The ACLU Campaign for Smart Justice is committed to ending mass incarceration, but we can only do this through comprehensive reform. We can start by not labeling human beings with terms like “violent inmate,” especially when the phrase amounts to nothing more than politically charged hot air.

Editor’s note: ACLU reached out to the Alabama Daily News to offer its rebuttal the newsletter did not respond.

Beth Shelburne is an investigative reporter with the Campaign for Smart Justice with ACLU of Alabama. Her email is bshelburne@aclualabama.org. 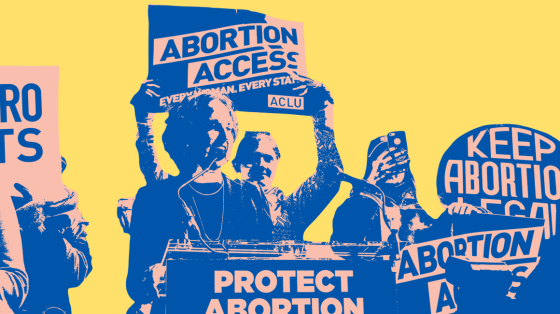 Jeffrey Epstein’s suicide was part of a much bigger crisis in U.S....

In Alabama prisons, is a dog's life worthier than human lives?