On September 15, 1963, KKK members planted dynamite during Sunday service at the 16th Street Baptist Church, killing four young girls: Addie Mae Collins, Denise McNair, Carole Robertson, and Cynthia Wesley. This attack marked a turning point during the Civil Rights Movement and to commemorate its anniversary, we spoke with Lisa McNair, sister of Denise McNair, to discuss the importance of remembering the 16th Street bombing and the hatred that caused it while also finding lessons to learn.

On this upcoming anniversary, for you, what did this mean to the Civil Rights Movement at the time, and what has its legacy been in the years since?

Well, I think that as it says on the Congressional Gold Medal that the girls received posthumously in 2013, this was a pivotal moment in the struggle for freedom in our country. A number of people had been killed, and a lot of people had fought and tried to help change the situation here and end segregation.

First of all, it’s important to remember our history because if we do not know our history, we are destined to repeat it.

But I think because it was a Sunday morning and children were killed in church, it put a new face on the whole thing. It made people who may have been, what I like to call silent witnesses, wake up and realize that they could no longer be silent about the hatred and the anger and the malice that were going around toward people of color at that time.

And I think you have to look at it from the perspective, particularly of those of us in the South, in the Bible Belt. Everybody on Sunday morning would be in church. Everybody can relate to that. Everybody can relate to dressing their little children up and putting bows in their daughter’s hair and having their dress pressed and starched. And they were doing the good things and being good children, and then they were killed. That was something that both blacks and whites could relate to. So, I think it was pivotal in that respect. 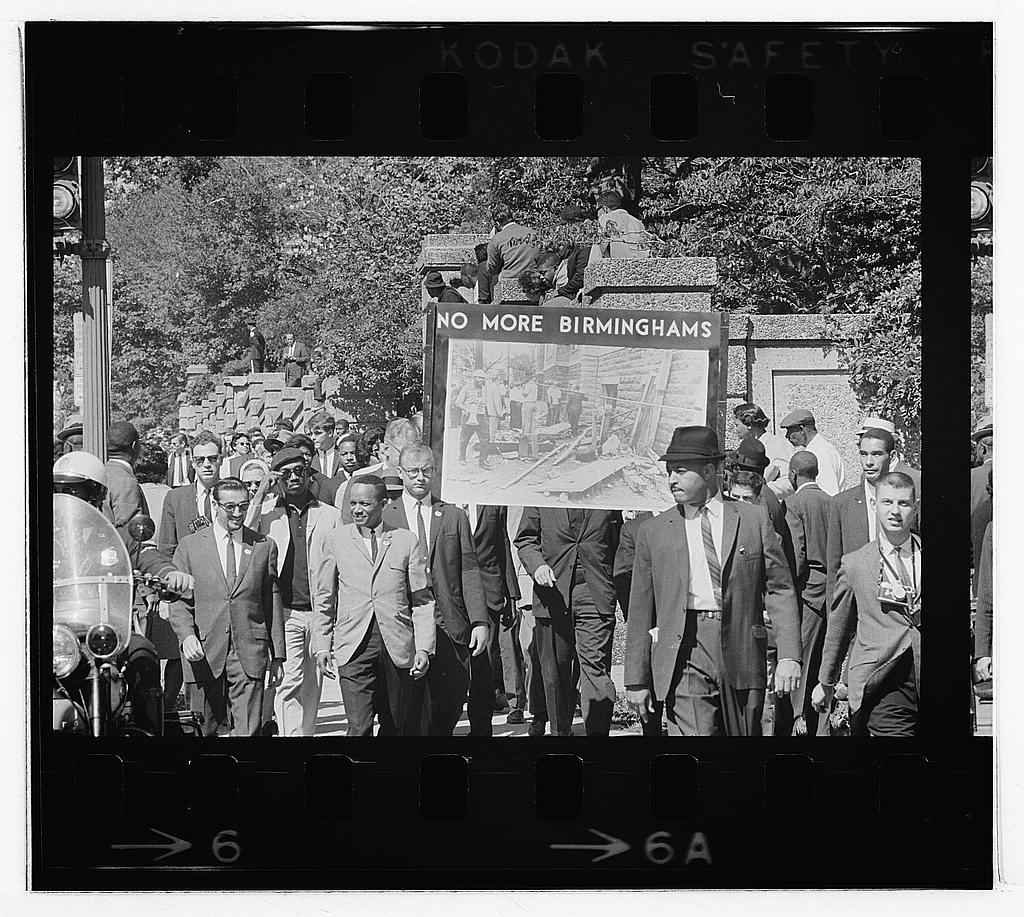 Why do you think it’s important to remember this tragedy, and what can we learn from it?

First of all, it’s important to remember our history because if we do not know our history, we are destined to repeat it. And I think we are seeing that today, particularly since the election of this current president and during his campaign. The negativity and the reinvigoration of racist thoughts and racist behavior shows that so many of us don’t know our history. So many people are just watching that and allowing it to happen because they don’t know the history of what can happen when you just say, "oh well" or "it's not that bad."

I know there are people who supported him and support a great deal of the negativity and hatred that's going on. But then there are people who think, well I’ve always been a conservative, always voted conservative, and it’s always been that way. But there were a number of other candidates who were available to be elected president in that party, and they chose someone who promoted racism, anger, and division. Not positivity. Nothing about love or the Christian values they claim as their cornerstone.

It’s important to remember because we need to now go back and learn the lessons we didn’t learn back then. Children, adults, we all need to learn and see so that we will not repeat the ills of the past. See how that anger, how that evilness was so pervasive that one Sunday morning, September 15 at 10:22, it killed 4 little girls who were just in church to worship and praise the Lord. And see what those foot soldiers of that time did nonviolently, like Congressman John Lewis.

So what would you tell those people who are just being silent observers today?

I’d like to tell them to wake up and stop being in denial because this is real. This hate and divisiveness is very real. Bloodshed of Denise and the other girls in a church is real. The pain those families and friends of the girls still feel is real. The longer you ignore it and don't see what's happening, it's going to grow. It’s like a wound or a disease that grows and grows and grows until it finally festers. Then days like September 15 happen. 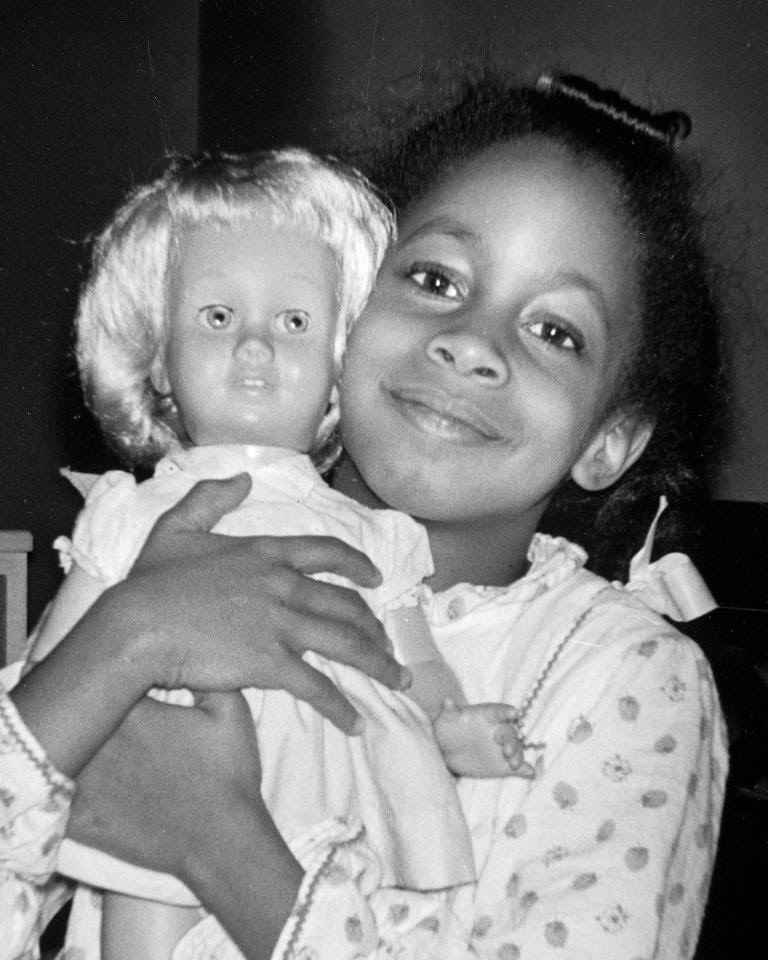 Denise McNair was 11 years old when she was killed in the bombing. (Photo provided by Lisa McNair)

We have to always be aware of racism and negativity and call it what it is when we see it. That is what I’d like to see. Everybody’s got to be brave. Everybody’s got to put on their big girl drawers and big boy drawers and be brave. When they see stuff, call it out and call a thing a thing. That may mean you need to call your brother out or your sister out or your momma out or your daddy out. It’s going to be a difficult time. It’s not an easy time. Life’s not easy. But in order to learn to love each other in this world, we have to do difficult things.

Do you have any thoughts on what happened in Charlottesville and, I know it’s always been there, but this emboldened movement of white supremacists marching through the streets again?

My first thought about that is some of that hate is from younger people, but they had to learn it somewhere. So a lot of that did not go away when segregation was lifted. I live here in Birmingham, have lived here all my life. I think what happens a lot of time in Birmingham as well as other parts of the country is that after segregation was lifted and we began to desegregate, many white people moved out of the cities to create new suburbs. It was called "white flight." They moved to get away from a race of people. But their heart didn't change. They just separated themselves.

They’re saying, I really like these monuments because I want it to go back to what I think it used to be. Number one, that’s not going to happen.

And I think with Charleston--when Charleston came about and Dylan Roof, they kind of focused on how he was into these Confederate people and Confederate monuments. But those who say the statues represent our history and should stay are incorrect. Those statues are of Confederate heroes. The Confederates seceded from the Union, from the United States of America. That is treason. That is not how you try to be an American. This is another example of how we should know our history. We should not glorify and honor those who wanted to divide this country and espouse hate.

Now they’re trying to take the monuments down and I think people are angry because they still want that Confederate mindset to take place and to be pervasive. They’re saying, I really like these monuments because I want it to go back to what I think it used to be. Number one, that’s not going to happen. Number two, I think a lot of people need to have a come to Jesus with themselves about what they really feel and what they really think and where does that really come from and be honest. Be really honest. And I think that’s the only way we can get past this is if people can have an honest conversation with themselves.

I have one last question for you. Given everything that’s happening now and what you’ve seen over the years, are you still hopeful?

Oh yeah, I have to always be hopeful. If you’re not hopeful, you just go to bed and bury your head and not do anything. And that’s not an option for me as a Christian. I have to have hope. I have to have belief. But not only that, just look at what’s happened since I was born. I was born almost a year to the date after the bombing when my sister was killed. She was an only child at the time. So just what I have seen in life that’s changed since I’ve been here has been incredible.

I was telling someone the other day who asked me the same thing, who was worried about the same thing, that I think we can make our country better. Our lives in this country are so integrated now. 50 years or more has come and gone, and we live amongst each other. We go to school with each other, and we intermarry with each other. We’ve become friends and buddies and business partners. Our lives are intertwined. That’s not an option that that’s going to go back to the way it was. That’s not an option, and I think we have to remember that and have to hold strong to that. 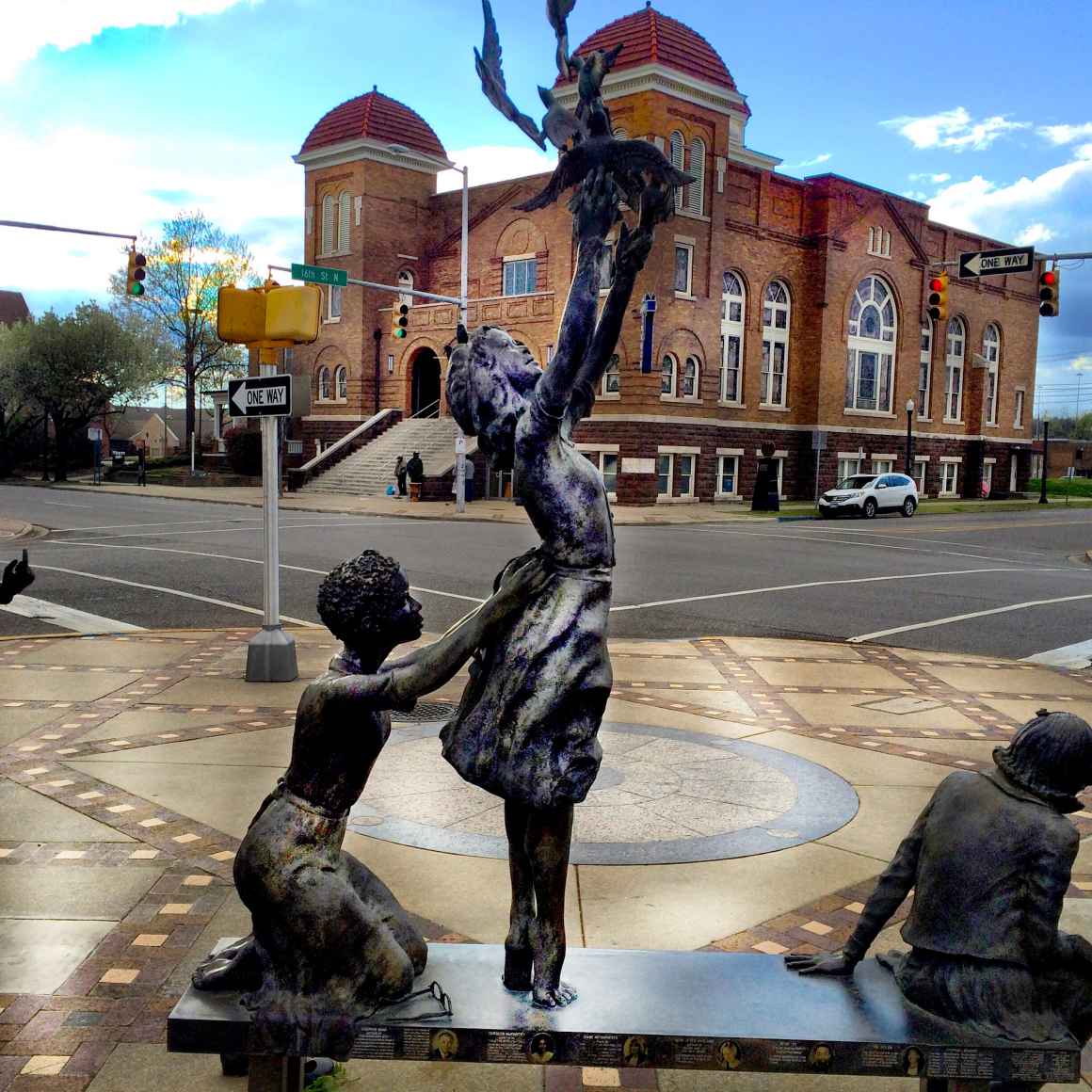 The "Four Little Girls" statue, dedicated to the victims of the bombing, sits across the street from the 16th Street Baptist Church today. (Photo by Andy Montgomery on Flickr, licensed under CC 2.0)

Number one, the laws of the land do not dictate that, and there’s no way that they’re going to sweep all that stuff back over and be like it was in 1963. That’s not going to happen. But I think people have changed, too. I know people's hearts can change. I have some really good white friends who were probably more angry than me after the election and about the stuff in Charlottesville because they know that those things are wrong and they know that they love me.

And then you go down the street, you go to Walmart or to the grocery store, and there’s a white woman with a little mixed race baby in her grocery cart who’s her baby, her grandchild, who she loves to death. So does that mean now we’re going to put them in the slavery fields and she’ll go back to the big house? No, she’s not going to stand for that. That’s her blood. That’s her grandbaby. That’s her child. Black men marry white women, and vice versa. You’re not just going to wake up one day and they’re going to be separated. We’re all so intertwined now. We have friends, lovers, partners, family members, mothers in law, people who we have a heart for. We’re not going to turn our back on those people. So I have hope that we have more people who will stand strong for what is right according to God and what is right according to the law of the land.