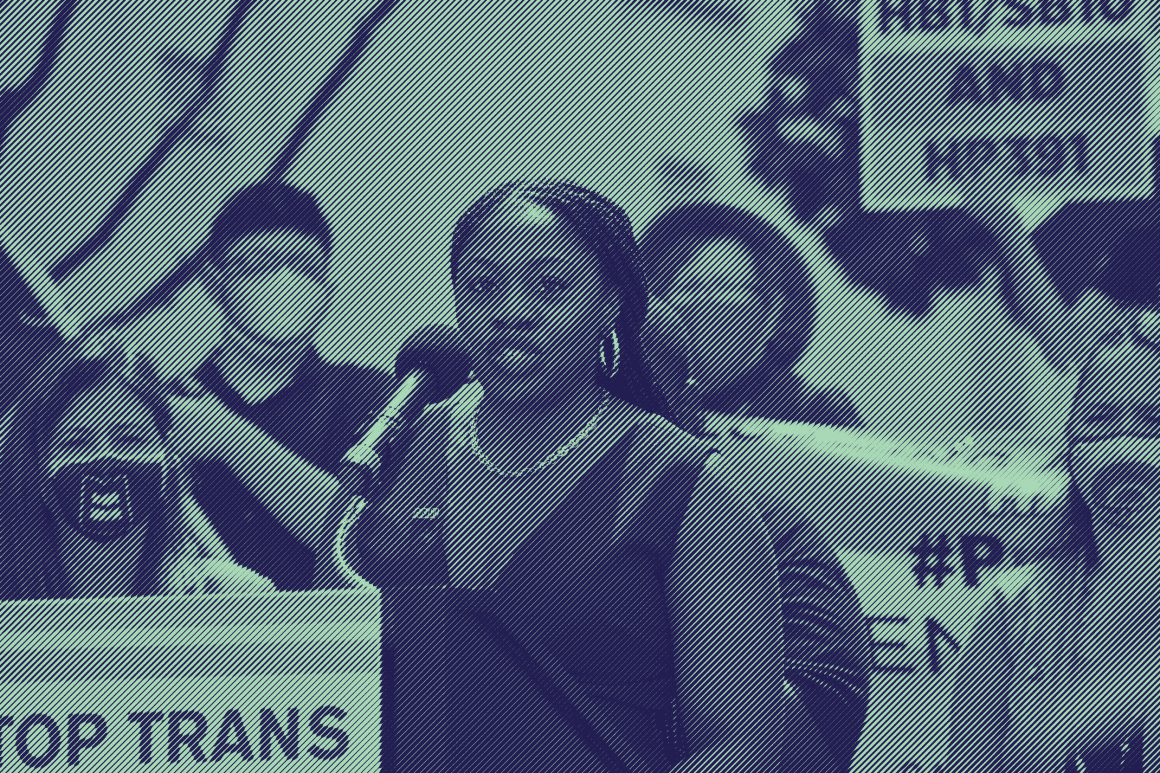 A Letter from our Executive Director

For the last 18 months of the COVID-19 pandemic, our country has struggled under the immense strain of this devastating virus. With it and the political unrest left in Donald Trump’s wake, we are still seeing threats on our civil rights and civil liberties across our communities, but what we have learned during these times is that the South is still ground zero, and we have much work to do, but that we must do it collectively.

That’s why the national ACLU’s investment of the 12-state Southern Collective has been an opportunity for us to contextualize not only the moment, but the movement we are currently in by supporting states like ours, including: Arkansas, Florida, Georgia, Kentucky, Louisiana, Mississippi, North Carolina, South Carolina, Tennessee, Virginia, and West Virginia.

By focusing on this broader regional strategy, we are able to be informed by the organizers and activists living and fighting in these states day after day, while also pooling our collective talents, resources, and voices to say loud and clear that the South will not be ignored or left behind. We are committed to guaranteeing voting rights for all Alabamians, to ensuring there is real reform to address the state’s abusive criminal legal system, and to advance gender justice by blocking anti-abortion and anti-trans legislation that infringes on one’s ability to make medical decisions for themselves and their families.

This informs one of our guiding principles: we cannot do this work alone. It is this same foundational value reminding us that progress cannot be achieved without the dedication of our incredibly talented staff, deeply committed board of directors, and of course our supporters that help advance our mission in your communities.

Our vision to build power in Alabama and across the Southeast, and to invest in the next generation of civil rights leaders would not be possible without your investment. But working together, we will continue to create a more just and equitable country for all. 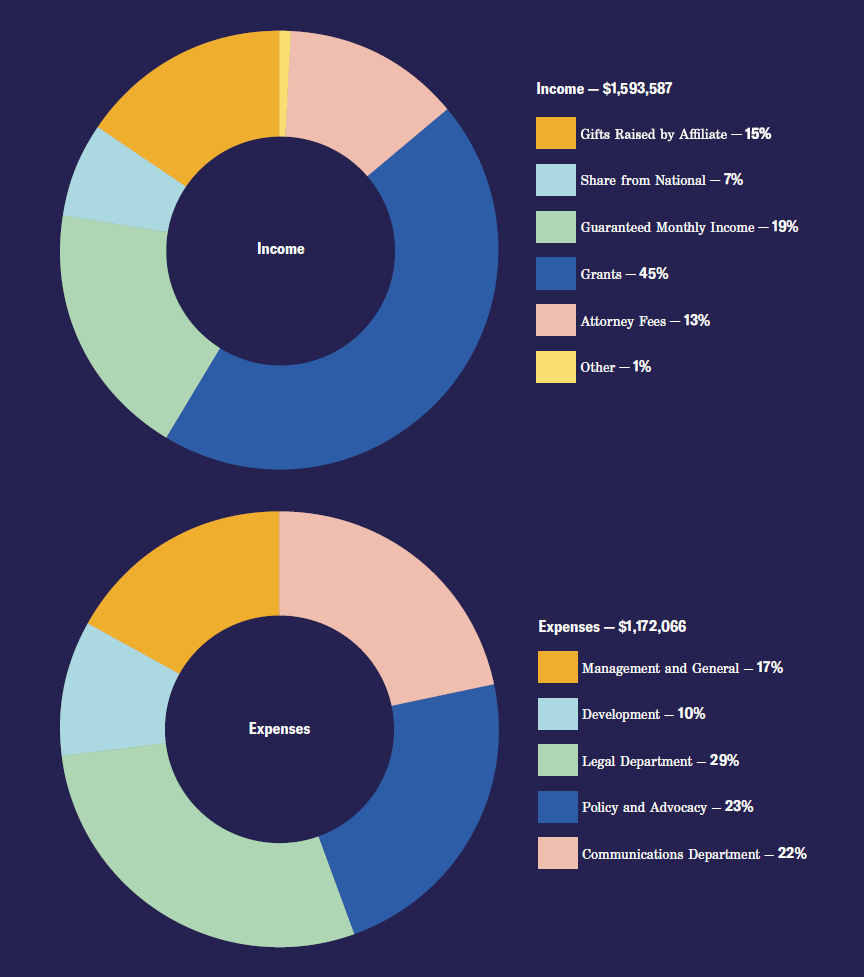 Protect Voting Rights for All

Alabamians for Fair Justice is a coalition of non-profit and grassroots leaders focused on accomplishing criminal justice reform efforts in Alabama. In partnership with Alabamians for Fair Justice, we continue to pursue policy reforms to reduce overcriminalization and harsh sentencing laws, parole reform and increase grassroots power by educating, centering, and strategizing alongside directly impacted individuals to counter pro “tough on crime” narratives and advocacy.

The Reimagine Justice Fellowship is an eight-month program we partnered on with the Alabama Justice Initiative that invites ten directly impacted grassroots leaders from across the state who completed the fellowship by completing monthly leadership and skills-building training focused on policing, prison construction, repealing the Habitual Felony Offender Act, and the trans healthcare ban.

In August 2021, we published the affiliate’s first Statehouse-to-Prison report. In the report, the ACLU of Alabama urges legislative leaders to address the root causes of crime and incarceration, provide pathways for people to make a successful re-entry into society, and stop introducing legislation that creates new penalties or enhances penalties. The report revealed that more than 20% of the legislation in the 2021 Regular session created new crimes, enhanced existing sentences, or expanded current criminal laws.

Werk the Lege is our annual legislative 101 training program. This year, due to the pandemic, the training series was held virtually with participants from across the state. Our program this year focused on legislative issues related to Smart Justice and voting.

The companion bills, House Bill 1 and Senate Bill 10, threatened to criminalize Alabama physicians from providing gender-affirming care to trans youth. Our affiliate responded to this set of bills, also known as the Vulnerable Child Compassion and Protection Act, by fighting in opposition to their passing. In its original form, they would carry similar penalties for counselors and school officials who affirmed a child’s gender or did not provide privately disclosed information to the children’s parents or guardians. SB 10 passed the Senate and House Health Committee.

We opposed companion bills House Bill 285/Senate Bill 235 which banned curbside voting in Alabama by prohibiting the operation of any voting machine except on the inside of an enclosed building designated as a voting place or when carrying out election procedures for transporting ballots. HB 285 passed and was signed by Governor Ivey.

Additionally, we tracked issues including anti-protest legislation and a ban on medical abortions, which were unsuccessful attempts to impede speech, privacy, and medical autonomy.

Our communications program supported our election objectives by building an Election Protection network that promoted our election protection hotline, ensuring target audiences were aware of the resource.

The hotline, which we promoted through a combination of billboards with six million impressions and digital media with 970K impressions, received over 500 calls through Election Day.

Also, we placed an op-ed on AL.com to remind voters about voter intimidation and what to do if they encountered it on Election Day and an op-ed on Alabama Political Reporter after the election to call for expanding voting options in the upcoming legislative session. In addition to promoting the hotline itself, we also focused on voter education through our website, email, and social media channels.

As a resource for the 2020 General Election, we regularly updated and prioritized content on our 2020 Vote resource webpage, and sent out bi-weekly emails reminding subscribers of critical voting deadlines and dates.

We also heavily pushed voter education and resources from September-November. This content ranged from important dates and deadlines, guidelines for absentee/early voting during the COVID-19 pandemic, Election Protection contact information, our affiliate’s stance on ballot measures, and rights when voting.

In conjunction with the NAACP Legal Defense and Educational Fund, Southern Poverty Law Center, Alabama Disabilities Advocacy Program, and our client, Black Voters Matter, we litigated People First of Alabama v. Merrill during the 2020 election cycle. We sought to ensure that the State of Alabama offered safe, fair, and equal access to the absentee ballots during the pandemic through this litigation.

The ACLU was able to negotiate:

Corbitt v. Taylor challenged Alabama’s policy prohibiting gender marker changes on drivers’ licenses for trans people who have not had genital surgery. In this case, we represented the Plaintiffs, three trans women who could not change the gender marker on their drivers’ licenses because they have not had “complete” genital surgery. On January 15, 2021, federal district court Judge Myron Thompson issued a judgment in Plaintiffs’ favor. He declared that Alabama’s policy is an unconstitutional violation of the Equal Protection Clause. All three Plaintiffs successfully received drivers’ licenses with the correct gender markers. The state has appealed Judge Thompson’s order to the U.S. Court of Appeals for the Eleventh Circuit.

We the People defend and protect our civil liberties in Alabama.

Members provide flexible financial support allowing us to defend freedom at every turn. For as little as $20 per year, you will be a card-carrying member of the ACLU, proudly joining our state and national work. From Montgomery to D.C., you will be a part of our movement.

The ACLU of Alabama Foundation is a nonprofit 501(c)3 organization. Your tax-deductible gift will support a wide range of our work, including litigation, advocacy, and public education. We rely on our donors to support all of our strategic initiatives.

Lend us your time, your talent, and your voice. Sign up for our email action network so you can find out first about urgent actions, petitions, protests, and other volunteer opportunities. We need an activist core to help us protect civil rights and civil liberties in Alabama.