On February 18, 1965, about 500 people met outside of the Zion United Methodist Church in Marion, Alabama. They planned to walk to the Perry County jail and return to the church to protest the arrest of James Orange, a Civil Rights worker for the Southern Christian Leadership Conference (SCLC) who was arrested for recruiting young people to work in voter registration drives.

Police officers and state troopers met the protesters before they reached the jail. As they were marching, the street lights went out; many claim they were shot out. In the darkness, the police started beating people. Anyone in their path, including bystanders and journalists, were attacked. NBC News correspondent Richard Valeriani was hospitalized due to the severity of his injuries that night.

As the protesters ran away from the police, some were chased, brutalized, and arrested. One group ran into Mack’s Cafe, a restaurant behind the church they were fleeing to. Accounts say the troopers entered the cafe and started clubbing people, including an 82 year old man Cager Lee and his daughter Viola Jackson who came to defend him. Viola’s son, 26 year old Jimmie, tried to help her and was shot in the stomach by officer James Bonard Fowler.

He was taken to a hospital in Selma, where he stayed for over a week trying to fight an infection from the gunshot wound. He died on February 26.

Jackson was a deacon at the St. James Baptist Church in Marion, and a voting rights activist who was helping with the SCLC’s voter registration efforts. His death, while peacefully protesting, unarmed, and defending his mother, outraged the Black community in the South, and according to the Anniston Star, “this, more than any other event provided a catalyst for the Selma to Montgomery march.”

Now, in the larger history of the Civil Rights Movement, Jimmie Lee Jackson is rarely more than a footnote. But for his death, some question whether there would have been a Selma to Montgomery march at all. The historical significance of Bloody Sunday on March 7, 1965 should not be understated. It was the spark that galvanized national support for the Voting Rights Act, which was passed later that same year.

Although we will never know what might have happened if Jackson had lived, we do know what happened because of his death. The Civil Rights Movement, like revolutions before it, has taught us about the progress that comes from tragedy. It is our blueprint that drives us in our constant fight against injustice and towards equality, and it is a reminder that we must continue on in this legacy as we march today. 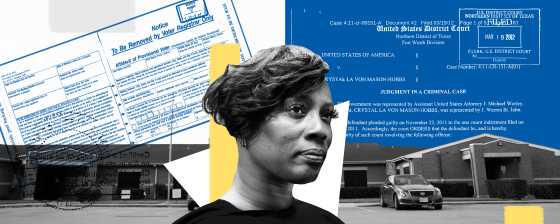