Why Fighting Anti-Abortion Laws in Alabama May Lead to D.C.

Sometimes in order to fight for what’s best for Alabama, you have to start in D.C. That’s why this Thursday, May 10, the ACLU of Alabama is participating in a lobby day hosted by the Center for Reproductive Rights for the Women’s Health Protection Act (WHPA).

In the past 8 years, the Alabama legislature has introduced 39 bills that are focused on abortion, with 7 of them passing. That’s almost 5 bills a year from state lawmakers who want to play politics with our bodies. As a result, reproductive freedom is a cornerstone of the work we do here in Alabama. We have challenged and won on six separate restrictions that impacted access to abortion in Alabama.

Abortion is constitutionally protected, but since states like Alabama keep taking matters into their own hands, it’s time to make sure it’s federally protected, too.

What would the law do?

The WHPA is about reproductive justice and freedom. To this end, the WHPA would prohibit lawmakers from passing laws that single out abortion providers with requirements or restrictions that are medically unnecessary, dangerous, or otherwise limit access to abortion. If passed, it would also invalidate current laws that do.

What would this mean for Alabama?

Alabama currently bans abortion after 20 weeks, requires an ultrasound, counseling, and a 48 hour waiting period for an individual seeking an abortion, requires parental consent for minors, and bans state health insurance from covering abortion procedures unless the life of the mother is in danger, or in the case of rape or incest.

In the past few years, Alabama has also tried to require hospital admitting privileges for abortion providers, refuse to renew licenses to clinics operating near schools, and ban one of the safest, most common techniques for second trimester abortions. Meanwhile, former Governor Bentley attempted to defund Planned Parenthood in 2015 through an Executive Order. But as a result of our legal challenges, all of these attempts have been struck down in the courts.

This November, there is a referendum on the ballot to declare Alabama a state that is against reproductive freedom, and thus a state against full rights and bodily autonomy for women. These continued efforts throughout the years demonstrate how persistent state lawmakers are at passing these unconstitutional, burdensome policies. This means that advocating in Washington may be the most effective, proactive way to protect the rights of Alabamians.

Religious freedom must do no harm 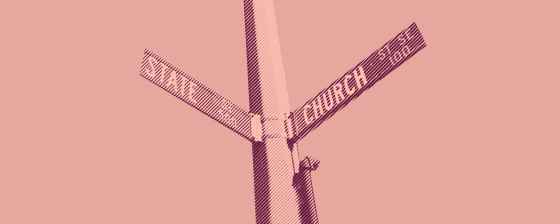 Your Mini Guide to Discussing Abortion Rights at the Dinner Table