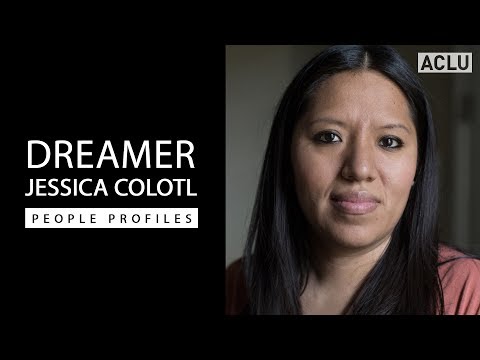 The Deferred Action for Childhood Arrivals program has been an unqualified success.

Since its creation five years ago, it has allowed nearly 800,000 young men and women who came to this country as children — or Dreamers — to attend school, support their families, buy homes, begin careers, contribute to their communities, and pursue their dreams. DACA has been a major driver of economic growth for cities and states that reap the benefits of new tax dollars from DACA recipients’ large purchases and new jobs. It’s no surprise then that nearly 78 percent of American voters agree that Dreamers should be allowed to stay in the country.

But now DACA is under attack. In late June, 10 states — led by Texas Attorney General Ken Paxton — wrote Attorney General Jeff Sessions a letter demanding that the Trump administration agree to end the program. If the administration refuses to fall in line by September 5, the states will seek to amend a lawsuit pending in the federal district court in Brownsville, Texas, to stop the program.

Even worse, we don’t know if the Trump administration is committed to defending the program in court. Sessions is a longtime opponent. At his Senate confirmation hearing, Sessions testified that DACA is “very questionable, in my opinion, constitutionally.”

Responding to the states’ June letter, he remarked: “I like [that] states and localities are holding the federal government to account and expecting us to do our responsibility to the state and locals, and that’s to enforce the law.” And former Homeland Security Secretary John Kelly reportedly told members of Congress that “he can’t guarantee that the administration would defend [the DACA program] in court.”

To be clear, a decision to abandon the DACA program would be a political decision — not a legal one. In fact, the U.S. government has repeatedly — and successfully — defended DACA against constitutional challenges. Indeed, every legal challenge to the DACA program has failed.

A new open letter to the president by 105 law professors makes clear that the DACA program is lawful and constitutional. As the letter explains, DACA is a form of temporary protection from deportation known as “deferred action.” Deferred action is one way in which the executive branch historically has exercised discretion over whom should and shouldn’t be deported from the United States. DACA specifically grants people who came to the United States as children, pass a criminal background check, and meet educational and other criteria permission to live and work in the country on a two-year, renewable basis.

Programs like DACA make common sense. The government has limited resources and needs to pick and choose the people it goes after. And that’s especially true when it comes to a penalty as severe as deportation — that is, banishment from your home or what the Supreme Court has called the loss of “all that makes life worth living.”

The ultimate legal authority for DACA lies in the U.S. Constitution. Article II, Section Three of the Constitution states that the president “shall take Care that the Laws be faithfully executed.” Carrying out our immigration laws involves deciding who should be targeted for deportation and who should be allowed to stay. Similarly, Congress has given the executive branch discretion over “the administration and enforcement” of the immigration laws. And the Supreme Court has recognized that “[a] principal feature of the removal system is the broad discretion exercised by immigration officials . . . . Federal officials, as an initial matter, must decide whether it makes sense to pursue [someone’s] removal at all . . . .”

Indeed, for more than four decades, federal immigration authorities have granted deferred action to immigrants in a variety of circumstances. Deferred action has been made available to victims of human trafficking and sexual exploitation, relatives of victims of terrorism, surviving family members of a lawful permanent resident member of the armed forces, spouses and children of U.S. citizens or lawful permanent residents who are survivors of domestic violence, surviving spouses of U.S. citizens, foreign students affected by Hurricane Katrina, and applicants for certain types of visas.

DACA is no different.

Any decision by the Sessions Justice Department to abandon DACA on the grounds that it can’t be defended in court would break completely with established law and the U.S. government’s own consistent legal positions. It would also break the promise our government made to young immigrants five year ago: That if they came forward, passed a criminal background check, and met other criteria, they would be allowed to live and work openly in the country.

The Trump administration should honor its deal with immigrant youth and find the courage and integrity to defend DACA in court.