On December 1, 1955, Rosa Parks got on a bus. After paying her fare, she sat in the “colored” section of the bus, but as the white-only seats filled up, the bus driver asked Ms. Parks and three other people to move. She refused and was arrested. With that, the Montgomery Bus Boycott began. Less than a year later, the US Supreme Court upheld a ruling that the segregation law was unconstitutional, and on December 20, 1956, Alabama buses were officially desegregated.

Dr. Felicia Bell is the Director at the Rosa Parks Museum in Montgomery, Alabama. Learn more about Rosa Parks, the Civil Rights Movement, and other exhibits by visiting the museum. Admission is free on December 1.

When Rosa Parks was arrested, she wasn’t the first person to refuse to move, but it still seems she was the catalyst to that movement. What was it that made her special?

Dr. Felicia Bell: I think that after talking to several folks who were involved in the Montgomery Bus Boycott, Ms. Parks was selected as the catalyst to get the boycott going because she was an ideal figure to be presented as a case for the jury. For instance, Ms. Parks was employed, she was married, and she was heavily involved in her church. Just an ideal citizen. She didn’t have a physical altercation with the bus driver. She was seated legally on the bus, and was asked to move. Or forcibly removed. And so, I think because of those circumstances which were kind of set apart from some of the other women that came before her, she was what gave the boycott motivation to proceed.

Also Fred Gray [Parks’ attorney] kind of thought that this would be an ideal case for the jury to be able to give us a positive decision based on her arrest. Because Ms. Colvin had a physical altercation with the arresting officers and bus driver, she wasn’t necessarily an ideal candidate and she was a minor. So there were circumstances surrounding the other arrests, whereas Ms. Parks arrest was the best example, if you will, to kind of be the lead for the boycott. 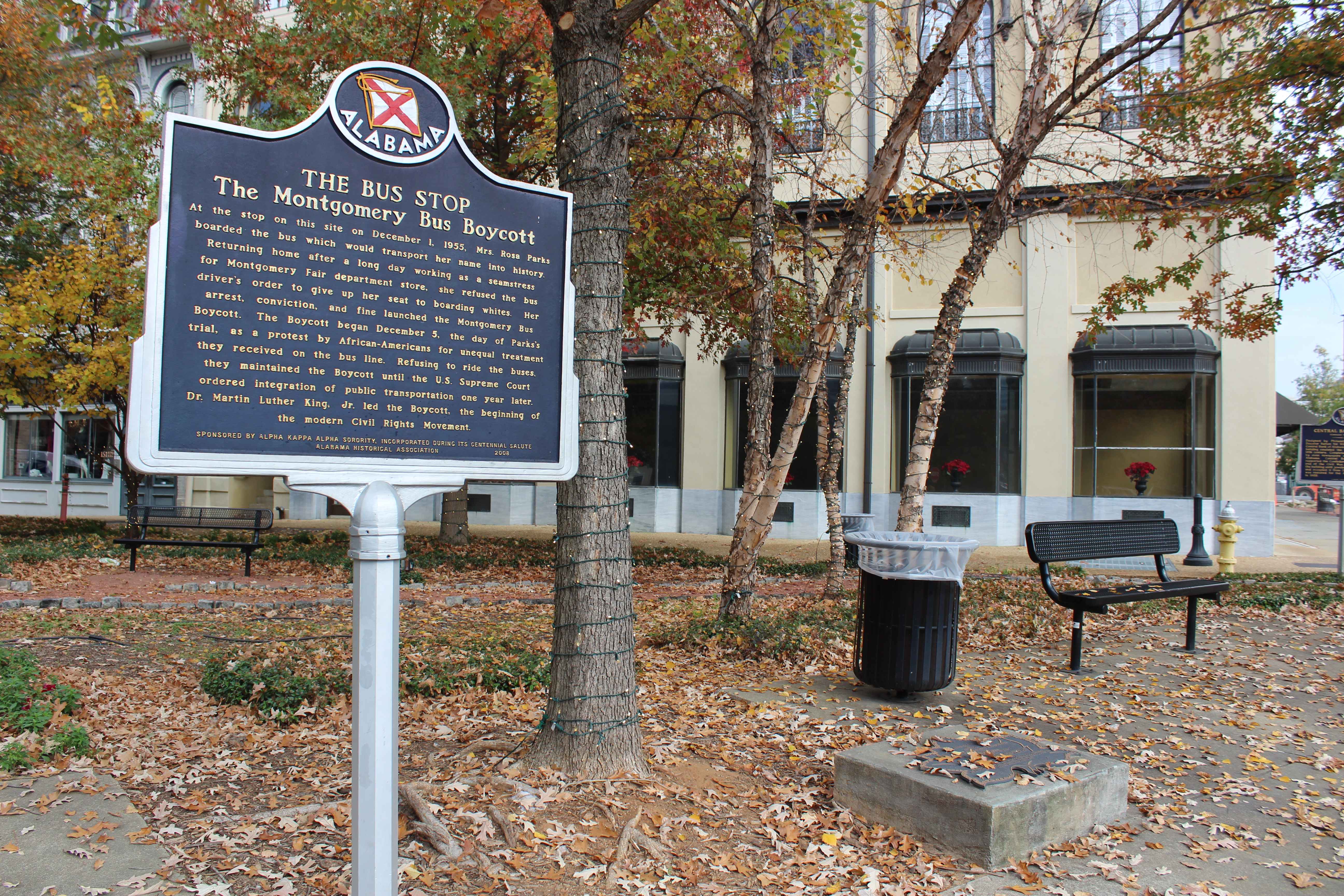 Now that we’re in the 21st century looking back, what is her legacy?

I think that what people can gain from her lifetime of activism is that she, like so many others who were involved in the Civil Rights Movement, were able to make strides towards equality and full citizenship without violence. The bus boycott and other parts of the movement were all done without using violence so there was strategy involved. Violence is the easy way to attempt to resolve problems, but by using their brains and thinking things out and strategizing and using law on their sides, they were able to get unconstitutional laws removed and then have court cases and these things to make changes. So I think we can all learn from that that violence isn’t the answer.

Since there’s been a resurgence in activism recently, do you think that some of the younger generation look back at the Civil Rights Movement differently than those who may have lived through it?

Sometimes people look at her and remember her as a little old woman who was tired and on the bus, but she was so much more than that.

Obviously technology has advanced and they’re using those things to help them, but I think some of the lessons from the movement such as nonviolence still carries. And they’re using those tools as well. We see that with Black Lives Matter and other groups where they’re active in protest but still not using violence. So there’s still inspiration there from previous generations.

Do you think that with movements like Black Lives Matter and Take A Knee and other movements now, that we can look back and see that there will be change based on how we have been able to make change in the past?

I hope so. I hope what they’re doing makes a difference. We certainly have challenges today just as we did back then during Ms. Parks’ time. Of course, there is strategy to protest. You can’t just willy nilly protest. There are ways that make it effective and ways that make it ineffective, but I hope this younger generation uses the advantages that they have with technology and finances and other resources to protest effectively and nonviolently to gain freedom and equality and full citizenship. 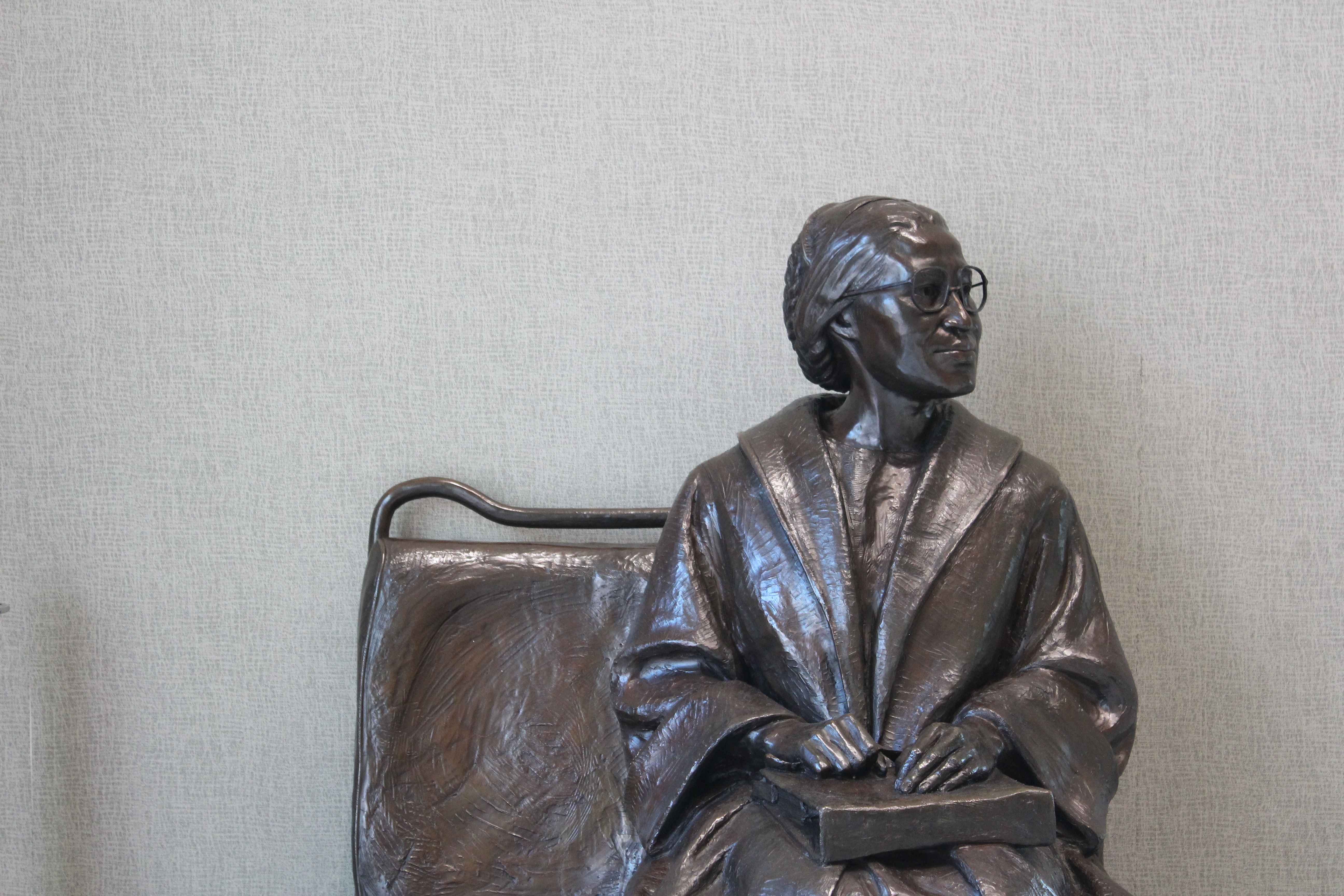 Are there other lessons we can learn from Ms. Parks?

With everything going on today, the plight of women is relevant. I think what was happening in the time of Ms. Parks, some of those things are still happening today in one way or another, in terms of women being sexually assaulted or harassed, or being verbally or physically abused. Back then in Ms. Parks’ time, it was people like bus drivers or segregationists who were responsible for those things. Today, it could be your coworker. I think there’s still some residual effect of treating women as second class citizens, so I hope today that women take those lessons and use it to empower themselves, raise their voices, and act collectively for a positive change, which is what I think is happening now.

What’s something about Rosa Parks that people don’t know but should?

Sometimes people look at her and remember her as a little old woman who was tired and on the bus, but she was so much more than that. She wasn’t old when she was arrested. She was 41, 42. And she wasn’t tired that day. She just wanted to get home from work.

But they should also remember that she was active throughout her life. Even before the boycott, Ms. Parks was active as a field secretary for the NAACP and helped women who were victims of sexual assault. She herself was a victim, so she would go and take account of what happened to them and then petition for legal action against their assailants.

After her arrest, she was involved in numerous causes such as Planned Parenthood. She was on the board of Planned Parenthood, so she was an advocate for women’s reproductive rights. She advocated for the first woman who was assaulted by a correctional officer in prison, and she advocated for that woman, and that woman was able to win her case. She was active in the anti-apartheid movement in South Africa.

Ms. Parks was active over her lifetime and all of that came from the training she received as a young woman and her upbringing. Her family members gave her confidence and encouragement and made her feel independent. Her husband encouraged her and supported her fully, so all of those things played a factor in the woman she was, who she became, and how she lived her life at the time. She could have easily after the arrest gone into seclusion, minded her own business, and lived out the rest of her days. But she made a decision to remain active even after her husband passed. She could have mourned the loss of her husband and stayed quiet, but like so many other women like Coretta Scott King, she chose to continue on with her activism over her life, and I think that is to be commended. Certainly, I hope women are inspired by it.

Lisa McNair Talks Race and Racism on the Anniversary of the 16th...