This year has been a test of America's democracy and commitment to our constitutional rights, but our civil liberties supporters have given us hope for the future of freedom, justice, and equality in Alabama. Read and download the ACLU of Alabama's Annual Report for a look back on what's been happening in 2017.

Message from the Executive Director 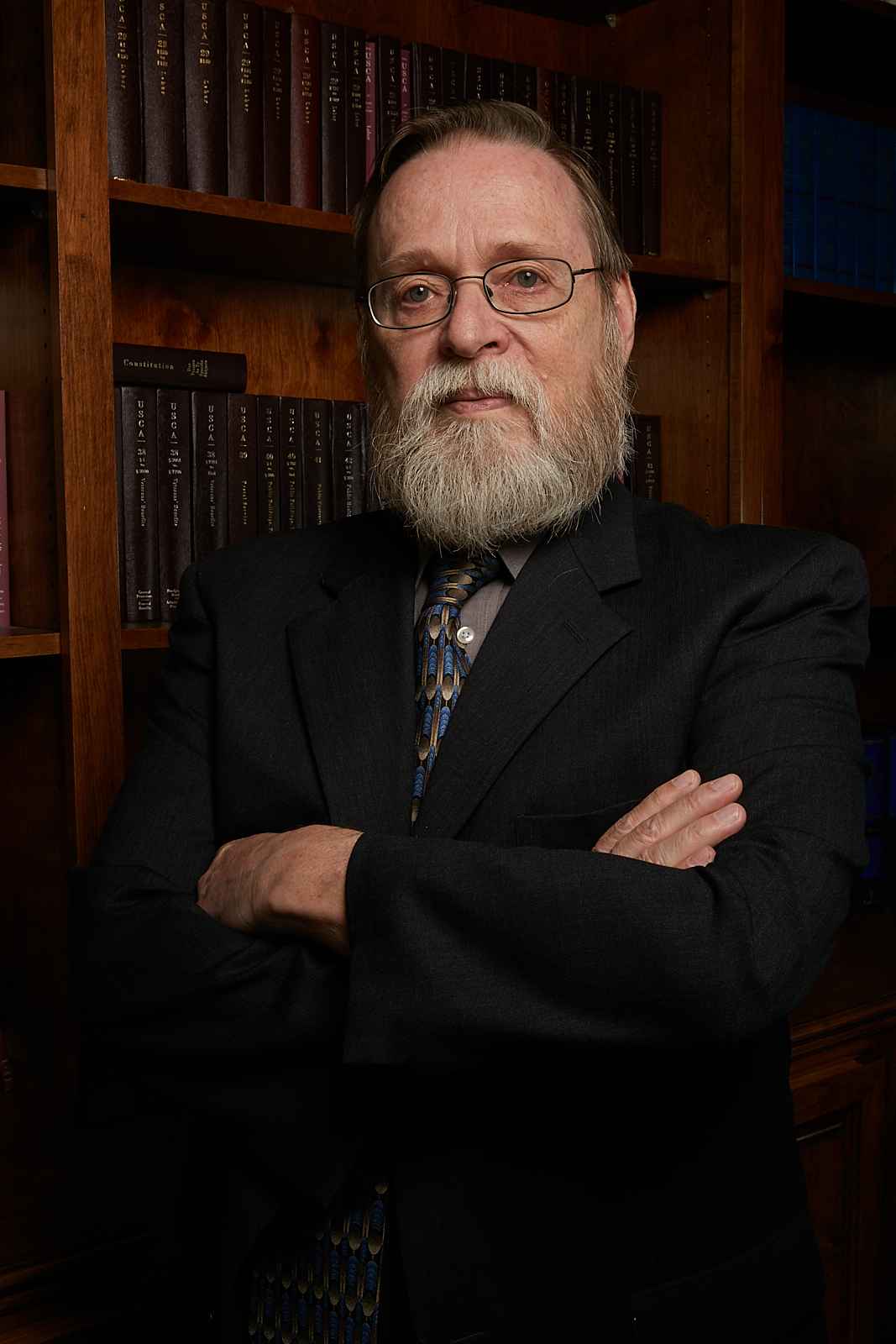 Since November 2016, the ACLU has experienced extensive change. The nationwide challenges to civil liberties have elevated both the profile of and need for our work. As the ACLU fights vigorously to oppose the unconstitutional policies and actions of the Trump Administration, the Alabama Affiliate stands uniquely on the front line of significant civil liberties battles.

In this Annual Report, you will see some highlights of our work over the past year, such as how we are fighting for reproductive rights against policy makers who are trying to restrict access to abortion and other healthcare, defending our fundamental First Amendment rights like freedom of speech and religion, finding better solutions for our criminal justice system, and empowering individuals through know-your-rights education.

We use our resources and capabilities in the courts, in the state legislature, in the media, and through public advocacy as vehicles to bring awareness to Alabama’s most pressing civil rights and civil liberties issues. Building on our increased capacity thanks to the outpouring of support we've seen since the election, we anticipate a busy and productive 2018.

This past year saw an unprecedented growth of support to the ACLU of Alabama. Our increased strength gives us the ability to challenge policies that threaten our civil liberties and to provide more intensive engagement with our supporters at all levels. 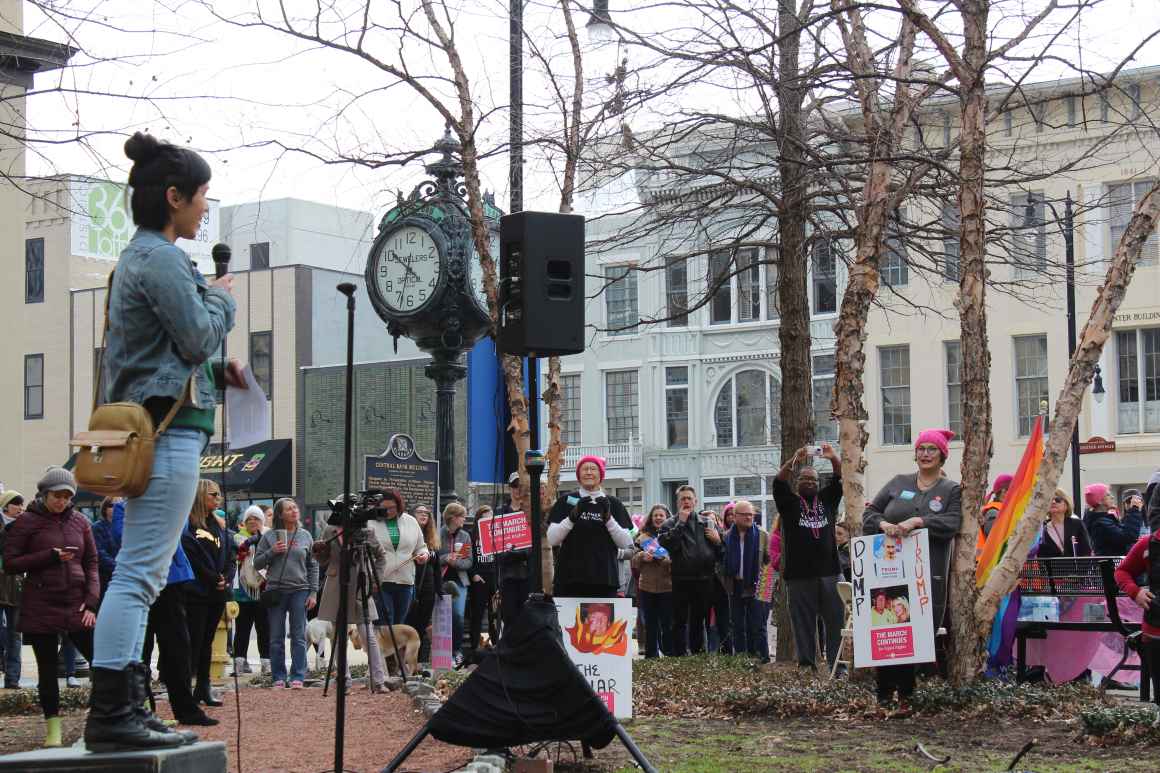 Thank You: Because of you and your commitment to democracy, together we are standing strong against injustice. In 2017, we tripled our statewide membership from 1800 to over 5200 active members. 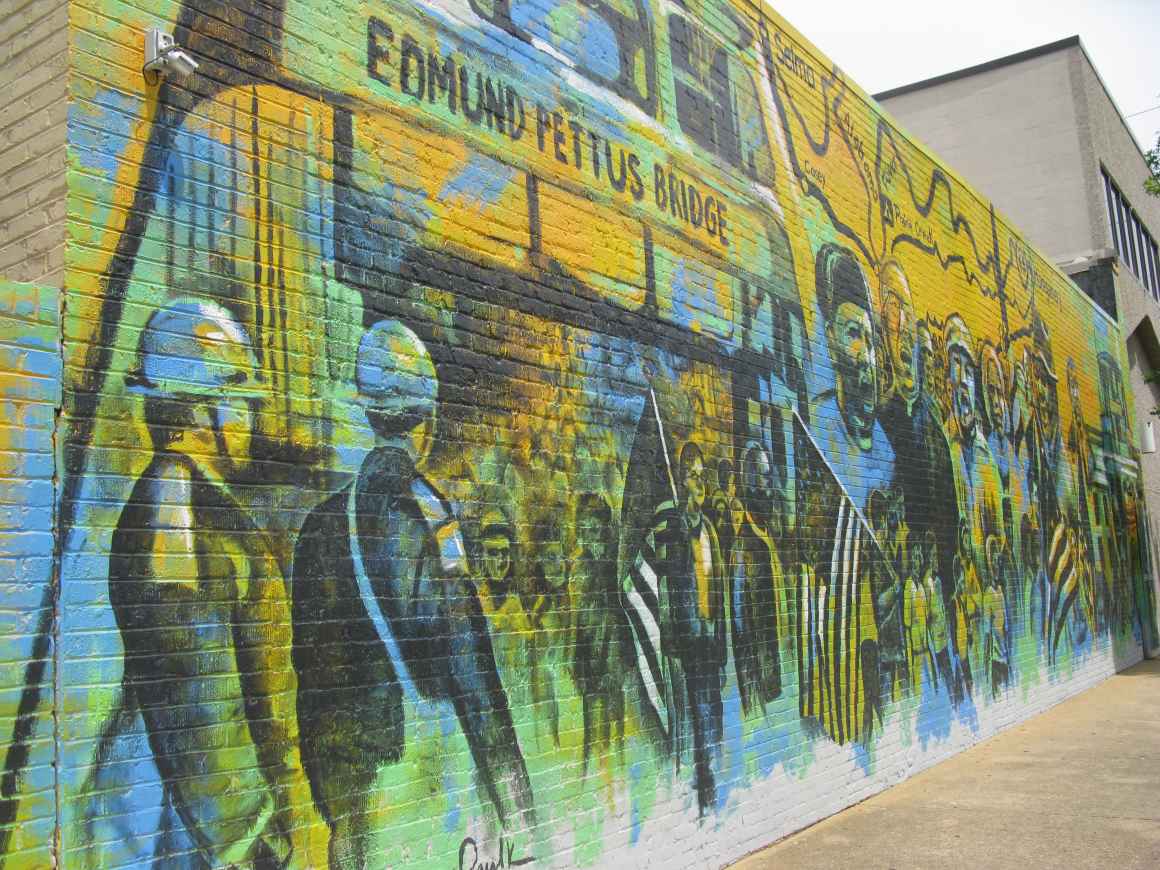 Alabama has come a long way since the Jim Crow era, but we are still fighting against the same forces that continue to keep voters of color away from the ballot box.

In the months leading up to the recent special election for U.S. Senate, we expressed concern over Alabama Secretary of State John Merrill's actions. His office changed thousands of registered voters' statuses to inactive, and he threatened prosecution and jail time for hundreds of alleged crossover voters. On Election Day, we set up a hotline and heard numerous complaints about voters who were being misinformed and turned away from the polls.

In anticipation of these complaints, we pressed Merrill to clarify his remarks (which he did), and we provided information to empower voters about their rights. We were encouraged to see the unexpectedly high turnout, particularly amongst Black voters, who showed that we can rise about these attempts to suppress voters--but we shouldn't have to. We will keep fighting back through public education and advocacy to fiercely protect our right to vote.

Historically, Alabama law punishes people who have committed certain crimes by restricting their right to vote. Last year, the Alabama legislature passed a new law to clarify who is eligible to have those rights restored. We wasted no time in partnering with Legal Services Alabama to develop educational materials, and to host trainings and clinics so that more people could regain their right to vote and participate in our democracy. Thanks to this new law and the tireless work of advocates and volunteers throughout the state, previously disenfranchised people were able to vote in December, some for the first time in their entire lives.

From the Women's Marches to #MeToo, this past year saw a tide of women standing up and speaking out about harassment, assault, and other policies that disproportionately impact women, like reproductive healthcare.

Being pregnant or having a child shouldn't impact a woman's career, but that's what happened to Stephanie Hicks, a Tuscaloosa police officer who returned from maternity leave to be demoted and have her safety put at risk. After hearing from her doctor that wearing a restrictive bullet proof vest could interfere with her ability to beastfeed, she requested a desk position, but was denied. Rather than choose between her safety and her child, she resigned. We submitted an amicus brief in her case, and in September 2017, an appeals court upheld a jury's finding, siding with Hicks and recognizing that women have a right to equal accommodations both during and after pregnancy. 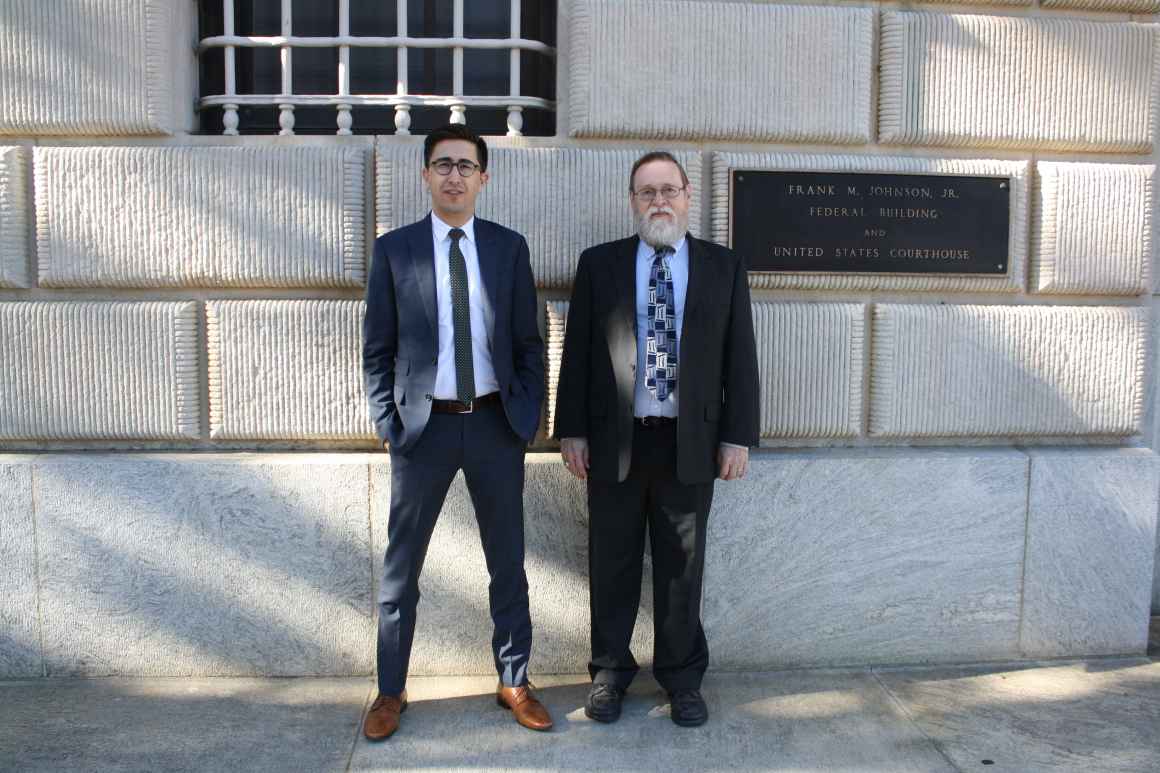 Over the past few years, the Alabama legislature has passed laws to make it harder for people to get an abortion. These laws include preventing abortion clinics from operating within 2000ft of a K-8 public school, banning one of the only safe and medically proven methods for second trimester abortions, and requiring minors seeking an abortion without parental consent to go through a trial-like procedure for approval. We have sued the state for each of these laws and have won on each of them. The lawsuits are currently being appealed by the Attorney General.

Alabama's prison population has grown almost five times since 1980. To reduce the strain of mass incarceration, we are committed to stemming current abuses through litigation and advocating for better policies through legislative and public advocacy.

In May 2017, we partnered with Southern Poverty Law Center and Civil Rights Corps to represent a former Army National Guard member who could not afford to pay her $7500 bail. As a result, she would have had to stay in jail to await trial even though she was seven months pregnant at the time and had not been convicted of a crime. As a result of the lawsuit, she was released from jail and we continue to challenge these policies because our justice system should not depend on how much money a person has.

Under Alabama law, when a criminal defendant with severe mental illness is found incompetent to stand trial, the individual is transferred to the Alabama Department of Mental Health for competency restoration treatment. Yet these persons wait on average eight months before being transferred.

In the meantime, they languish in county jails that are ill equipped to provide mental healthcare. We joined with the Alabama Disabilities Advocacy Program to file suit against the Commissioner. A consent decree was entered by the Court in January 2018, requiring the Department of Mental Health to meet specified timelines in evaluation and restoration. 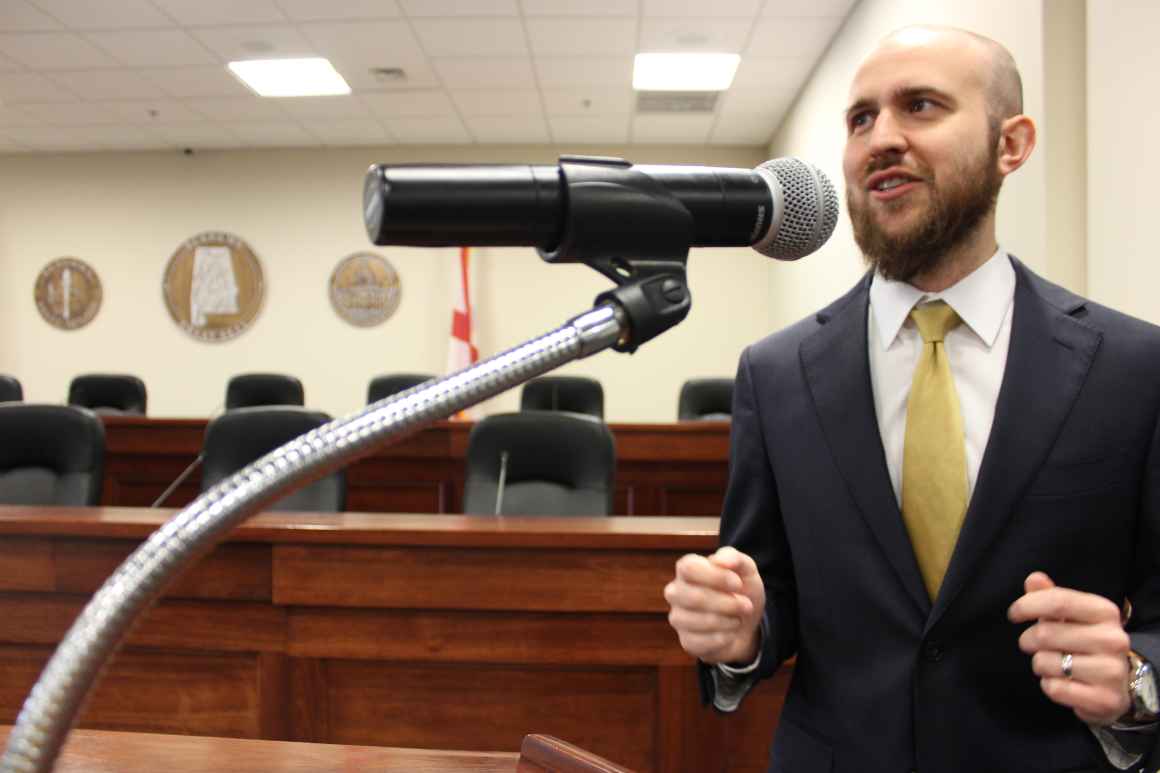 The Constitution empowers each of us to freely express ourselves, to protest peacefully, and to exercise our religious or lack of religious beliefs--without the threat of government interference. We have proudly defended that right for over 50 years.

Advocating in the Statehouse

In the 2017 Legislative Session, a bill was introduced to authorize a police force at Briarwood Presbyterian Church in Vestavia Hills. Allowing a church to decide what laws to enforce and in what manner would have preferenced their religion over other faiths or non-religion, and we made sure to remind our legislators of their responsibility to uphold all people's religious freedoms. The bill passed the Senate but failed to come to a vote in the House.

In the 2018 Session, there are already a few bills we are monitoring that could possibly infringe upon Alabamians' First Amendment rights. We will testify against these bills if needed. For more up-to-date information, visit our website at aclualabama.org/2018lege. 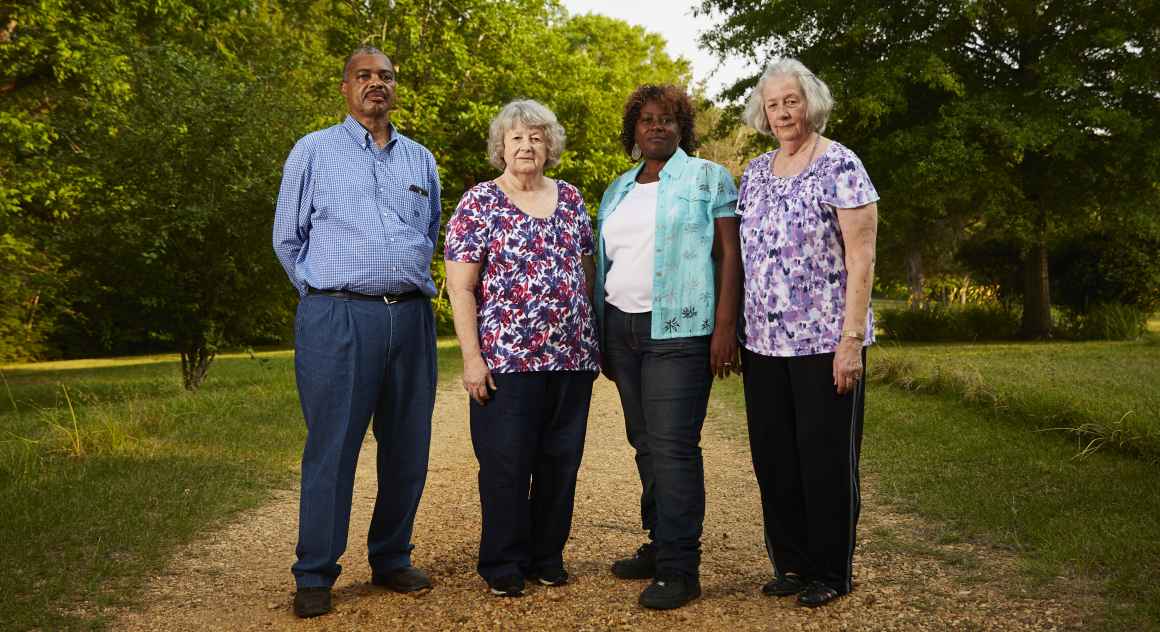 In 2017, we saw two important First Amendment cases settled in favor of our clients. Yvonne Allen insisted on her right to practice her religious beliefs by wearing a headscarf for her driver's license photo, while a group of concerned citizens in Uniontown fought against a meritless defamation suit for speaking out against a company that was dumping toxic coal ash in their town. We will continue to stand up for the rights of all individuals because injustice anywhere is a threat to justice everywhere. 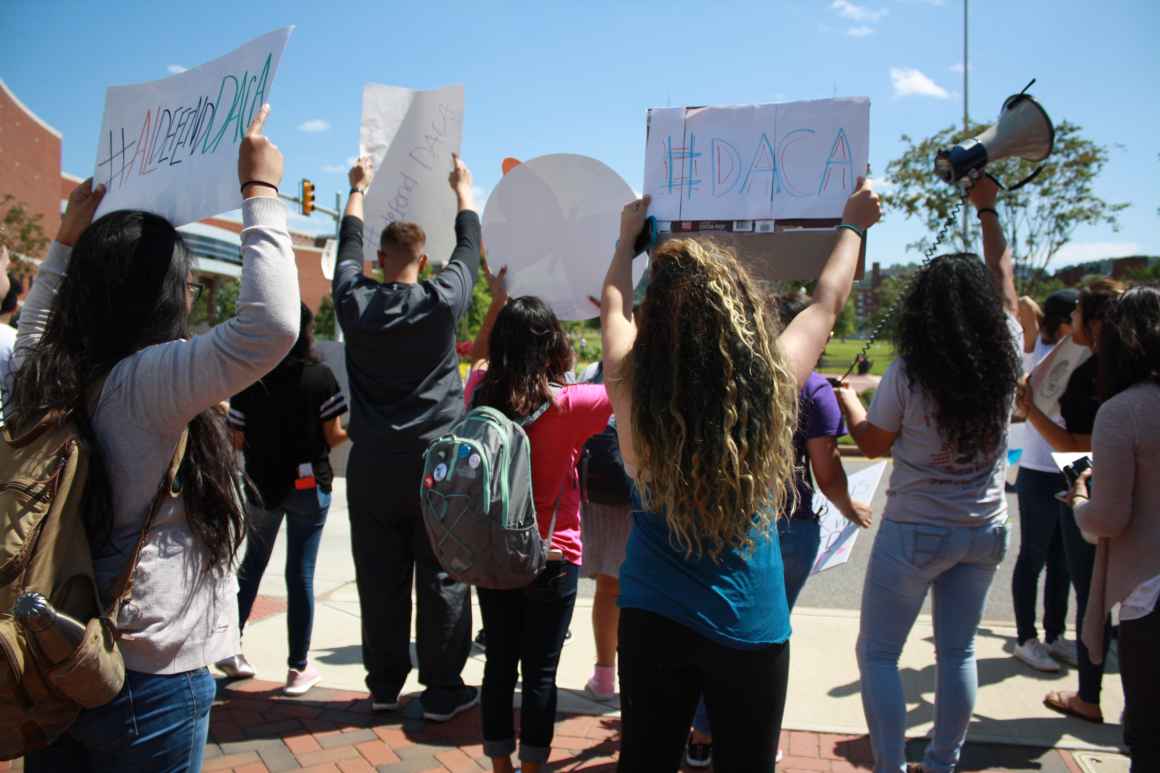 Photo: Protesters hold signs at the DACA Solidarity Rally in Birmingham after the Trump administration rescinded the program.

As president, Donald Trump and his administration have unleashed a discriminatory agenda that has targeted immigrants and refugees, seen increased ICE deportations, and has torn families and communities apart.

With the different versions of the Muslim Ban and the rescission of the DACA program, we have been working with the National office and with our local coalition partners like Alabama Coalition for Immigrant Justice (ACIJ) and the Council on American-Islamic Relations (CAIR) to provide educational materials and trainings to help the immigrant and refugee communities in Alabama navigate these changing laws.

When faced with sensitive situations like ICE agents or airport security, knowing your rights can make a difference. We aim to arm people with information so that impacted communities can come together and stand up to discriminatory questioning and raids.

Organizing to 'Shut Down Etowah'

The Etowah County Detention Center in Gadsden houses approximately 300 male immigrant detainees from across the country. This facility has a terrible record of human rights violations, and organizations like Detention Watch Network and Women's Refugee Commission have labeled it "amongst the worst" centers in the country. As coalition members, we work with the Shut Down Etowah campaign to protest these abuses and advocate for its closure because the facility is simply too broken to be fixed.

At Etowah, there are also a number of Iraqi detainees, who are facing prolonged detention despite having lived and worked in the U.S. for decades. Many are also Christians who would be persecuted should they be deported back to Iraq. We are working with the ACLU of Michigan to help them avoid deportation and get released. 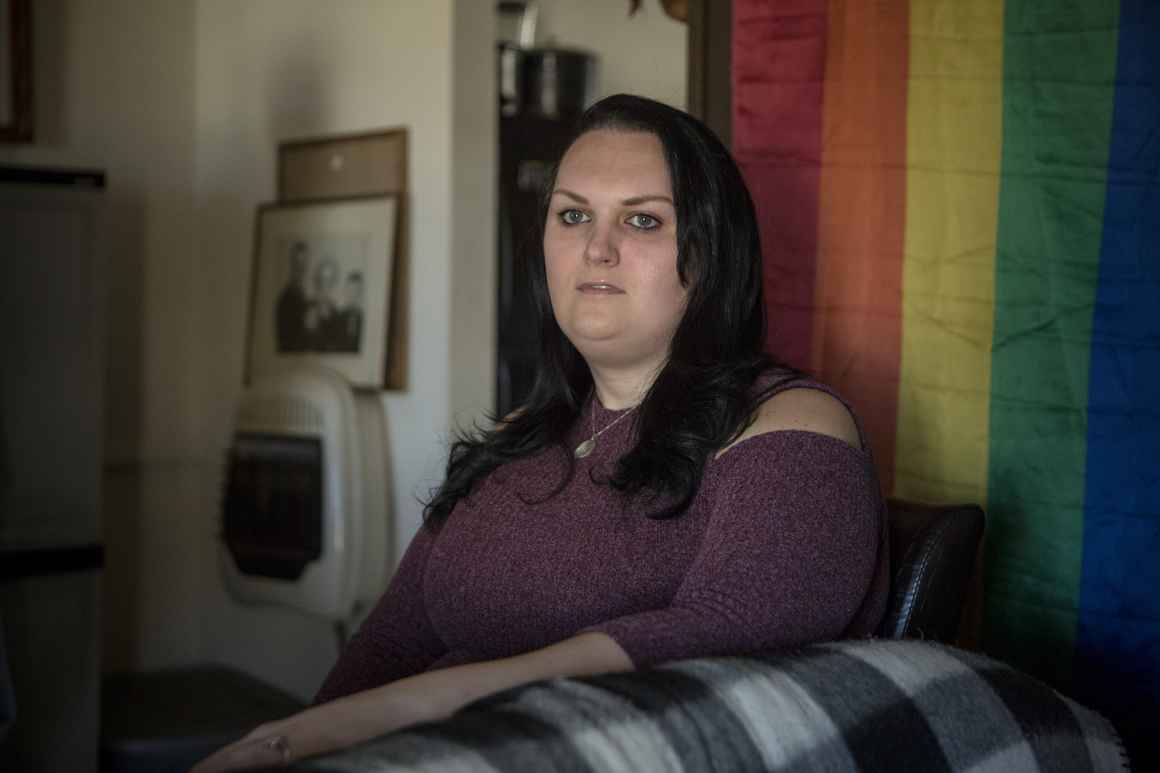 Photo: Destiny Clark is one of the women suing ALEA for refusing to change the gender on her driver's license.

Whether a bakery, florist, bathroom, or DMV office, we firmly believe that religion is not a license to discriminate. We stand for the rights of every person to be treated fairly and equally, no matter who they are or who they love.

Transgender individuals face numerous obstacles on a daily basis that extend beyond the bathroom. For Darcy Corbitt and Destiny Clark, their challenge came when they went to the Alabama DMV to update their license to reflect their female gender identity. But when the Alabama Law Enforcement Agency (ALEA) refused to change the gender on their licenses, they were forced to avoid driving, buying alcohol,and other activities requiring them to show their license for fear of harassment.

At the beginning of February 2018, we sued ALEA because transgender individuals deserve protections to exist in public spaces without worrying about being discriminated against for being themselves. 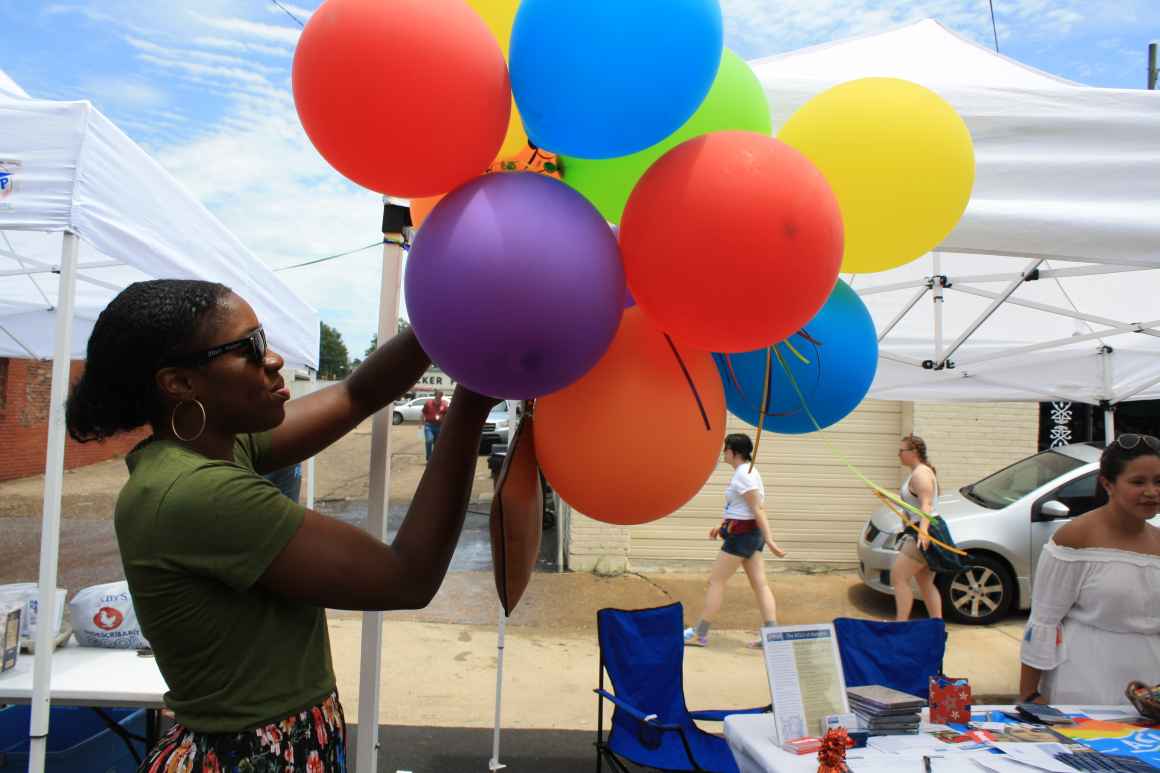 Alabama has not always been the most friendly place towards the LGBTQ community. Now, Pride festivals are happening across the state, and we were honored to attend events in Birmingham, Huntsville, Mobile, Montgomery, Tuscaloosa, and Florence this past year.

We also work closely with Montgomery Pride United, which has opened a community center to provide a space for people in need of resources, assistance, and social support. 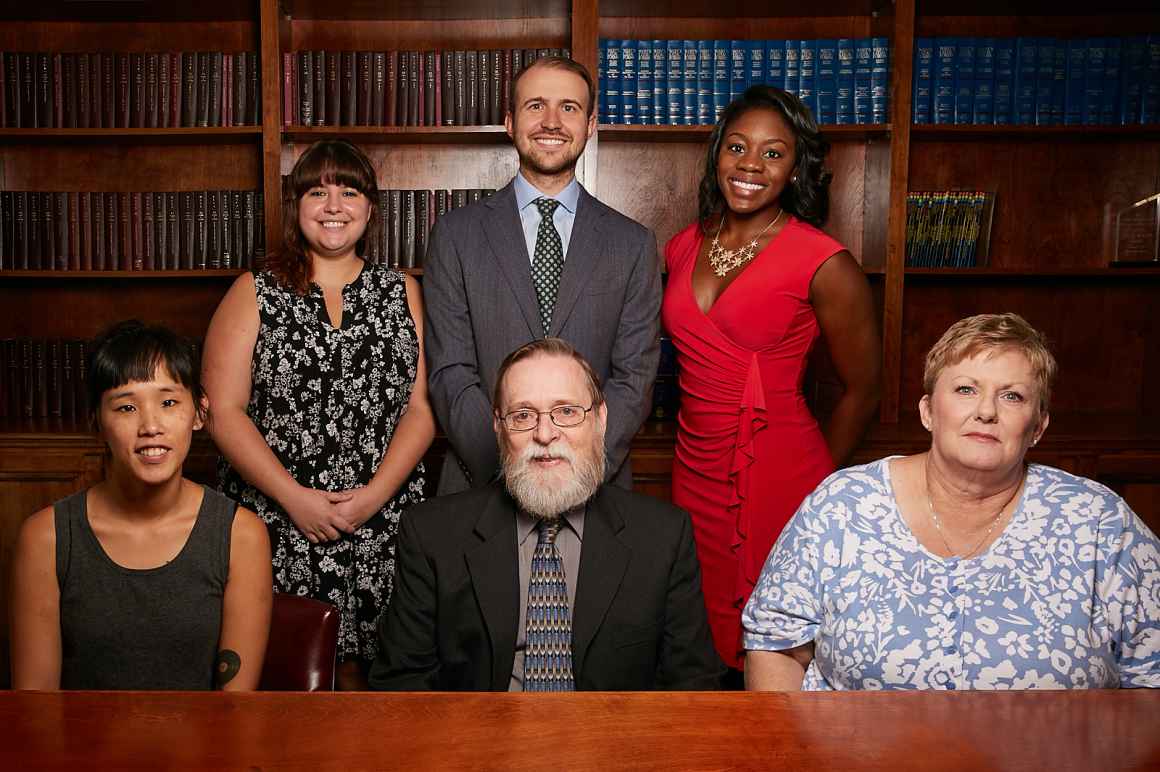